An Open Letter to Those Devastated by the Jordan Davis Decision

As my friend and fellow professor Heidi Oliver-O’Gilvie says, “There is always something you can do.” It’s been a long year for black people. But what can we do? First, there was the “not guilty” decision in the George Zimmerman case, which set free awhite man who killed an unarmed black youth in his own neighborhood. Then came the pseudo-conviction of Michael Dunn, who murdered a black Jordan Davis for pumping what he considered “thug music” too loudly. All this while a white Ethan Couch drunkenly killed a family of four and was given no jail time due to “affluenza,” or excessive privilege. It’s been a long year indeed, and I refuse to be helpless about it. But again, there is alwayssomething you can do. 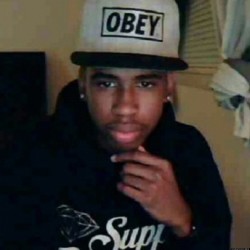 So on this, what would have been Jordan Davis’ 19th birthday (he is deceased now, by the way, of horribly unnatural causes. Not attempted dead, but actually dead, says my friend Wayne Au of Rethinking Schools), I am wondering what I can do about living in a country that appears to have one set of legal rules for white people, and another for everyone else.

Literally, what can I do?

I suppose I could take to the streets and riot, but you cannot fight violence with violence. I could hate the country, or hate the legal system, or hate white people. But you cannot overcome hate with hate. You can only do that with love, patience, and repaying evil with good. So, then, what can I do?

First, I have the second most important job in the world. I used to have the most important job in the world—I used to be a preschool teacher. Twenty-four children at a time, I used to influence the next generation of US youth by fomenting their love of learning, helping them to understand the importance of using education to actualize their dreams, and teaching them to value all human beings despite their differences from ourselves. Now I am a teacher educator. A teacher of teachers. I am a professor of education at the Center for Urban Education, which is a graduate program that prepares educators for the nation’s must under-supported, black and brown-filled urban schools. Now, instead of touting the importance of education to 24 children at a time, I do it with 24 teachers who will teach 24 children at a time, for what could be 24 years or longer each. And that’s powerful.

The late Nelson Mandela said, “Education is the most powerful weapon which you can use to change the world.” And he was right. Even Adolph Hitler, with his Nazi Youth programs, understood that if you wish to change a country, you begin with its youth and patiently wait for generational change. So if evil can use education (the largest form of organized socialization in any society, says Joel Spring, inGlobalization of Education, 2009) and youth (generations are defined in 20-year spans) to alter the beliefs, practices, and culture of a nation, then so too can I use it for good. And use it I shall.

So what can I do? Continue to be an awesome professor. When I teach my “Culture, Context, and Critical Pedagogy” course, I will continue to discuss race, privilege, whiteness, anti-oppression, and the affirmation of all forms of human diversity. After all, you cannot change that which you don’t understand.

I will continue to teach my teachers—to teacher their students—that all human life is valuable. That skin color is not a marker of automatic danger (blackness) or automatic innocence (whiteness). That way, young black boys won’t be presumed guilty as they walk home with candy in their pockets, or when they blast their music loudly at a convenience store. And the white men who gun them down won’t be presumed to be acting in self-defense. And get away with murder. Literally.

And that’s not all I can do. I’m a consultant for inclusion and diversity. Oh, yes. I will continue to accept invitations from private corporations, non-profit organizations, school systems, and teacher preparation programs to discuss difference, systemic privilege and oppression, racism, and most importantly, anti-racism.

And I vote. In presidential and mid-term elections. I will continue to educate myself about which candidates understand institutional “isms” such as sexism, classism, ageism, heterosexism, and racism. Martin Luther King taught me that all forms of oppression are related, and that an injustice anywhere is an injustice everywhere. I learned that lesson well, and I plan to use it at the polls as I vote for candidates, laws, and those who will legislate on my behalf with an eye toward valuing the importance of justice for all.

And I plan to have children. Highly educated, social-justice-loving, politically active children who believe in the common good. Who will understand that, as Kimberly Wallace-Sanders of Emory University says, “No human beings are better than other human beings.” Amen to that. My children will be taught that, and they will live it out each day in these United States.

Look out, injustice. I have a plan. I am simultaneously seething and saturated with heartbreak at all I’ve seen in the media this year, and all I experience as a multiracial woman who is often perceived as black. In addition to the story of Trayvon Martin, Jordan Davis, Darrin Manning, and Oscar Grant (on whose life the film Fruitvale Station is based), I experience similar disdain all the time. Just the other day, a white woman in a dentist’s office hurried to her purse and buried it in her arm as soon as she noticed I had walked in. She shot me a long glance to make sure I knew her actions were aimed at protecting her valuables from me. At least she shot me a glance and did not actually shoot me. Because if she had, she would have killed an unarmed, Ph.D-holding, two-time Harvard graduate. And probably been let go.

As someone who is devastated by pervasive racism in American life and law, there is much I can do. Racism and injustice had better watch their backs. Because I am—we are—not helpless. And their time is limited.

Happy Birthday, Jordan Davis. You should have had the chance to celebrate turning 19.